HOW GOOD IS REGIONAL QUEENSLAND!!! After years of delay, Adani Australia is all systems go. This would never have happened without the clear message Townsville & other regional centres gave on May 18. Deb takes the fight up to Labor

This week, Queensland Labor handed down their latest budget. To nobody’s surprise, it included more borrowing, more debt, higher taxes and a smaller infrastructure budget. Deb Frecklington covers this in detail in her report but I wanted to make a mention of her budget reply yesterday afternoon. Deb took the fight right up to Palaszczuk and Trad and outlined our alternate vision for the state with less debt, more jobs, better services that work for Queenslanders and infrastructure that doesn’t forget the regions. If you missed Deb’s Budget reply speech yesterday, you can watch it in full here.

Yesterday the state government approved the final hurdle for the Adani mine to begin in central Queensland. It was almost a month ago central Queensland rejected Labor’s war on mining jobs and the livelihoods of families in CQ. Now, Labor’s northern most Federal seat in Queensland is Blair, west of Brisbane and the Sunshine Coast. Congratulations to all members who fought so hard to see this job creating project go ahead, especially Senators Matt Canavan and Ian MacDonald, George Christensen, Michelle Landry, Ken O’Dowd and Phil Thompson. The mining industry is something the LNP strongly supports and we welcome the long awaited decision by the state government. 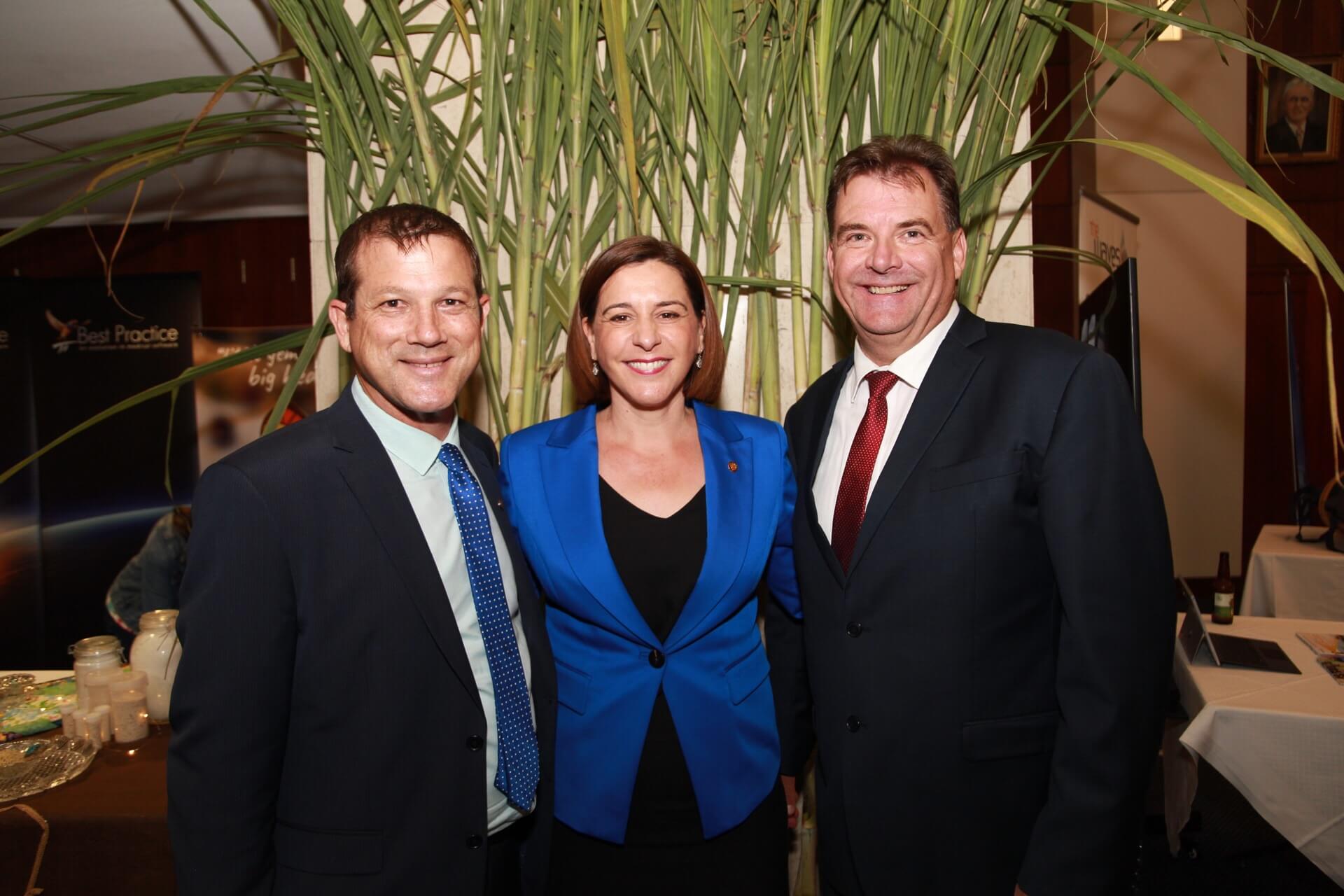 The difference politics can make to the lives of Queenslanders was spelt out loud and clear this week. I was proud to announce new policies in Parliament to build on the LNP’s Economic Plan for the future of Queensland. Our ‘Boost the Basin’ plan will to drive the development of the Galilee Basin and create thousands of new jobs. Royalties from the basin will go into a new Queensland Infrastructure Fund, which will be used exclusively to pay for schools, hospitals, roads and bridges across the state. We will also commit $8m to minerals exploration in the North-West to help Queensland capitalise on the growing demand for batteries and solar farms. We will create a $20m fund to back heavy engineering and manufacturing in Queensland.

The LNP will see the infrastructure Queensland needs built – new dams in Central and North Queensland, the Second M1 and Light Rail Stage 3A on the Gold Coast, the duplication of the Sunshine Coast rail line, and Stage 2 of the Mackay Ring Road. We will back Brisbane Metro and we’ll expand it across the suburbs. The LNP will build new infrastructure that will benefits Queenslanders for generations to come. And I gave Queensland a no new tax guarantee.

In stark contrast to the LNP’s plan for Queensland, Jackie Trad’s budget was full of higher taxes, more debt, less jobs and less infrastructure. There was a further $1.25 billion in new taxes in Jackie Trad’s second budget as Treasurer. Large businesses will be hit with higher payroll tax, the LNG industry was blindsided by a royalty hike, and Labor hiked land tax again. More than $3.45 billion in extra taxes and charges has been lumped on Queenslanders since the last election. When Labor run out of money they come after yours – either through higher taxes or their debt bomb.

Labor’s debt is now on course to hit $90 billion, which represents a burden of $16,795 for each and every man, woman and child in this state. I outlined the LNP’s plan stabilise Labor’s debt and then begin repaying it. There’s just over 500 days until the next election – and it can’t come soon enough. The latest unemployment statics showed Queensland’s jobless rate rose again last week to 6.2 per cent under the Palaszczuk Labor Government. We need to create jobs and opportunities in every corner of this state, which is why this week’s belated approval of the Adani project is so welcome. More than $50 billion worth of Galilee Basin projects – which will create 15,000 new jobs – have been held back by Labor for too long.

The Adani saga exposed Annastacia Palaszczuk weak leadership. Every delay destroyed jobs and her flip-flopping damaged confidence in the resources sector. In contrast, the LNP backs mining communities and we are committed to bridging the divide between the city and the regions. The LNP’s Boost the Basin plan will build on Adani’s approval and unlock the Galilee basin for future development. We’ll also deliver a 10-year freeze on mining royalties to boost long-term investment in Queensland. I want to thank everyone who stood up to Labor’s anti-resources, anti-regions, anti-jobs agenda. Without your support, the Adani project would have never got across the line. Adani is just the beginning.

Our plan will allow Queensland to finally access the wealth of the Galilee Basin. The LNP will get this state back on its feet. The LNP will help every Queenslander get a job and get ahead. It was brilliant to join David Batt and Stephen Bennett at the Bundaberg Region Promotion Night at Parliament House this week. The region’s businesses have so much to offer and I want to thank David and Stephen for their work in showcasing them to Queensland. I’ll be hitting the road over the next few weeks to meet Queenslanders and share the LNP’s vision for this state. The Cook and Hill SECs had a stand at the Rotary FNQ Field Day on the 29, 30 and 31 May.
After the success of the Federal Election we received a lot of positive comments, which was encouraging for the State election in 2020.
A big thank you to Michael Hart and Tony Perrett who came to talk to members and local business people in Mareeba and the Tablelands.

Nat was a dedicated and loyal member of the party.  He was generous with his time.  In addition to local party unit meetings and events, he regularly travelled to attend State Council and State Convention.
Nat was a good friend to many.  He will be missed by members in North Queensland, who treasured him as a local party elder and stalwart.  Although very ill, Nat was aware of and very happy about the LNP’s recent federal election win.