Australia’s 46th Parliament opened this week and all Members and Senators have been sworn in. We welcomed Senators Paul Scarr, Susan McDonald and Gerard Rennick as well as new MPs Angie Bell, Julian Simmonds, Terry Young and Phil Thompson. On behalf of the party, I wish the class of 2019 all the very best for the next three years, joining our existing LNP team as they continue to deliver for all Queenslanders.

The first week of Parliament has started with the LNP Government delivering one of our key election commitments – tax cuts for working Australians. Last night, stages 1, 2 and 3 of our tax cut passed through the Senate to become law. Thanks to our strong economic management over the last six years, average income earning Australians will get back $1,080 when they lodge their tax returns for last financial year. This will help millions of families to get ahead. The tax cuts are ongoing and this would not have happened if Queenslanders didn’t overwhelmingly support the LNP at the election.

Our annual State Convention starts next Friday. Registrations close at 5pm today, so if you haven’t yet bought tickets for our day sessions or social events, you can do so here. Convention is our largest party unit event each year. Come along and be part of it.

As part of the Review, State Director Michael O’Dwyer, Campaign Director Lincoln Folo and myself will be attending Regional meetings and seeking feedback from members. This feedback will be incorporated into Mr McIver’s report.

All submissions will be treated confidentially. All members would have recieved an email this afternoon asking for feedback. The survey can be found here: bit.ly/2019-Review 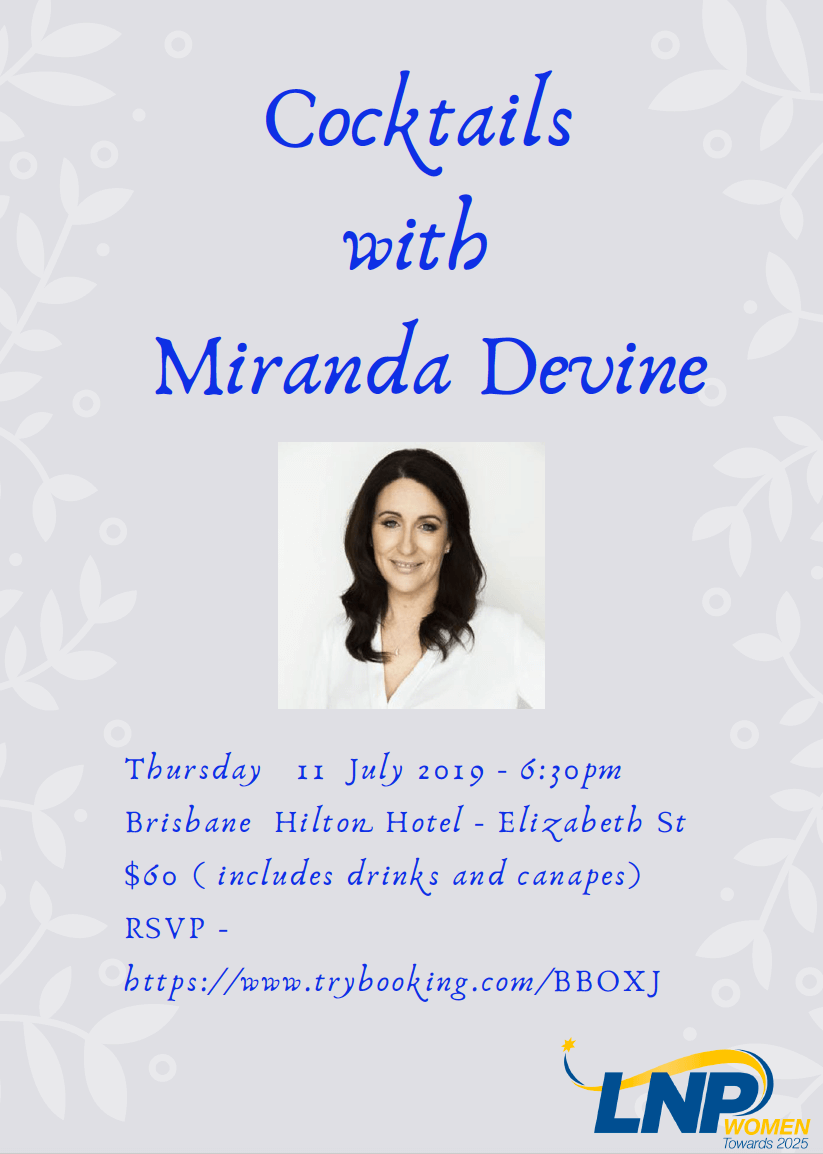 Around the State & Upcoming Events

Join the LNP Women and Miranda Devine for Cocktails at the Hilton on Elizabeth Street. All are welcome. For tickets, click here.