A victory for the Australian people

Election Night was a victory for the Australian people, the quiet Australians who get out there, work hard and make our country the great place it is. Thank you for the trust you have placed in us, we will serve humbly in Government to keep our economy strong and build an even stronger Australia. 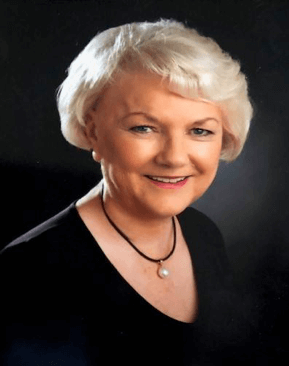 Queensland is well represented in the new Morrison Government and for that all members of the LNP should be proud. Our efforts in retaining all our seats and winning two from Labor haven’t gone unnoticed by the Prime Minister and our state will be better off for it.

Despite an incredible 2PP swing of 5.13% to the LNP, we’ve fallen just short of electing Brad Carswell in Lilley. Brad and his team ran an incredible campaign with much less time and money than his Labor opponent. It’s a testament to the hard work and determination of Brad, Dr Amanda Olsson as the campaign manager and the whole team that the former safe Labor seat held by Wayne Swan is now among the most marginal in the country. Well done all.

Rural and regional Queensland is much poorer with the passing of the late Jenny Russell on Saturday evening, May, 25, after a long battle with brain cancer.

Jenny was born on December 13, 1953, and schooled at Swan Hill through Primary Correspondence, and then attended Stuartholme Convent, Brisbane, as a boarder for her secondary schooling.

In 1981, Ms Russell enjoyed a career change and joined the National Party Of Queensland as a Research Officer, and was later promoted as its Public Relations Director.

She was later appointed to various boards and committees including the Private Sector Economic Advisory Committee (PRISEAC) by the then Premier, Mike Ahern.

Ms Russell became the first female vice president of the National Party Queensland in 1995, and was later made an honorary life member for her service.

In 2005, she was elected a Director of Beef Australia and then Vice Chair from 2012 to 2018 when she resigned due to declining health. At the 2018 Beef Australia event her tireless work was recognised and Ms Russell was made an honorary life member.

A memorial service was held this morning at the Blackall Cultural Centre.

Ms Russell is survived by her father Terry, siblings Bill, Suzy, Cam and Scott, and their extended families.

Our thoughts are with Jenny’s family and friends. Queensland taxpayers forking out $320,000 for this week’s Al Gore lecture tour confirms what we always knew about Labor– they are bad with money.

And they are becoming more and more out of touch with Queenslanders every day. I want this money to be spent on more nurses or more police. Instead, Labor slugged taxpayers a fortune for this elitist love-in.

Jackie Trad has already flagged higher taxes and more debt in Tuesday’s state budget. It’s the only way Labor can pay for their wasteful spending. This week Labor announced a new tax on housing and resources projects, which will drive up costs and destroy jobs. Quite simply, when Labor run out of money they come after yours. Their high-taxing, anti-resources agenda was in overdrive this week. Jackie Trad told Queensland it was time to “move on” from Adani. Once again Labor is lecturing instead of listening. Instead of telling regional Queensland to move on, I want to give them more work.

In Cairns this week I caught up with the team at FNQ Plastics to talk about the pressures on small businesses. On top of policies to directly support Queensland small businesses, I’ve guaranteed no new taxes and we won’t raise royalties in our first term. In stark contrast, Labor have already hit Queenslanders with seven new taxes and held the resources industry to ransom. We should be helping our small businesses grow and create jobs and supporting our resources industry to boost production and generate more royalties.

Many of my team also gathered in Toowoomba for FarmFest this week. It was a great opportunity to meet locals and listen to the challenges they face and the opportunities they want to embrace.

Next week Labor will make key decisions in its Budget that will impact industries like agriculture.

The decision on Adani will also happen next week. The LNP team is ready to challenge Labor to deliver for all of Queensland. On Thursday, I will deliver my reply to Labor’s Budget and outline my vision for Queensland. I have listened to Queenslanders and the LNP’s plan will create jobs and opportunities in every corner of this state. And we have a plan to build the infrastructure we need. Local Hero Awards
With the federal election now over, this is the time to acknowledge our local members who worked tirelessly to help us achieve this amazing election result.
The Local Hero Award pays tribute to the commitment and efforts of that member to either their local campaign or Party Unit.
To nominate a member for a Local Hero Award contact the membership department by email at membership@lnp.org.au or telephone the LNP Headquarters.