Lawrence was born in 1968 and is a fourth generation Queenslander. With Linda, his wife of 31 years, the couple brought up four children on their farm in southern Queensland.

He became a party member at the age of 16 and at the age of 21 was elected as the youngest ever Member of the Queensland Parliament. Lawrence helped forge the LNP in 2008 from the state Nationals and Liberals and served as the party’s founding parliamentary leader. He was honoured with the inaugural life membership of the LNP; and has been recognised by the party’s future leaders with an honorary life membership of the YLNP.

Lawrence believes in hard work, reward for effort, the primacy of the individual, and efficient effective government. His ability to drive culture change, with a leadership style that values and empowers the individual, was demonstrated with his reform of the $13 billion Queensland Health portfolio when he served as Health Minister 2012-2015.

He has a passion for the LNP: its members and values. Lawrence has dedicated almost his entire adult life to serving Queenslanders and representing our party’s members and values through a multitude of positions including parliamentary leader, party trustee, Minister, and as a local MP.

Lawrence remembers and values how the LNP was founded by the individual votes of our rank-and-file membership. Lawrence believes the party’s executive and administration exists to serve the membership. He is determined to re-empower the membership because he knows the critical role each of us plays in every aspect of the party.

Lawrence is currently the Mayor of Goondiwindi Regional Council, and recently became a Member of the Order of Australia. He has a 37-year unbroken membership of the party and maintains his grassroots involvement with his local LNP branch. Amanda Cooper and her husband, Geoff have three children, Dominic, Monica and Nicola. Amanda is a long-standing member of the Liberal National Party and was a Brisbane City councillor for twelve years. She represented the ward of Bracken Ridge from 2007 to 2019 before resigning to run for the State seat of Aspley in the 2020 election.

As a councillor, she was a member of Civic Cabinet from 2008 to 2019, chairing two senior portfolios, the Neighbourhood Planning and Development Assessment committee and the Infrastructure committee.

In these roles, Amanda oversaw the largest planning review undertaken by Council in a decade with Brisbane City Plan 2014 and over a billion dollars in city shaping infrastructure projects including Kingsford Smith Drive, Brisbane City Hall restoration, the first Local Government Infrastructure Plan (LGIP) and the Howard Smith Wharves re-development.  She was responsible for delivering initiatives including the largest pedestrian and cyclist safety review undertaken by Council, the award-winning Move Safe Brisbane, and Council’s Transport Plan.

During her tenure at Council, Amanda chaired committees such as the Brisbane Regional Roads and Transport Group, the Brisbane Infrastructure Council and the Road Freight Committee. In response to the 2011 Floods, Amanda headed up Council’s volunteer “Mud Army” and delivered important planning changes to improve the city’s flood resilience.

In her ward, Amanda was well-respected as a hard-working community champion who engaged directly with her constituents. She delivered infrastructure including the Telegraph Road and Robinson Road Open Level Crossings, the Emily Seebohm Aquatic Centre, the Telegraph Road Recreation Precinct and the Bracken Ridge Library.

Within the party, Amanda has a strong track record of working closely with her LNP colleagues at the Federal and State levels. She has regularly assisted as a guest-speaker at fundraisers, hosting candidates at community events, road-siding and working on election booths. She is passionate about the future of the LNP and supporting party members. 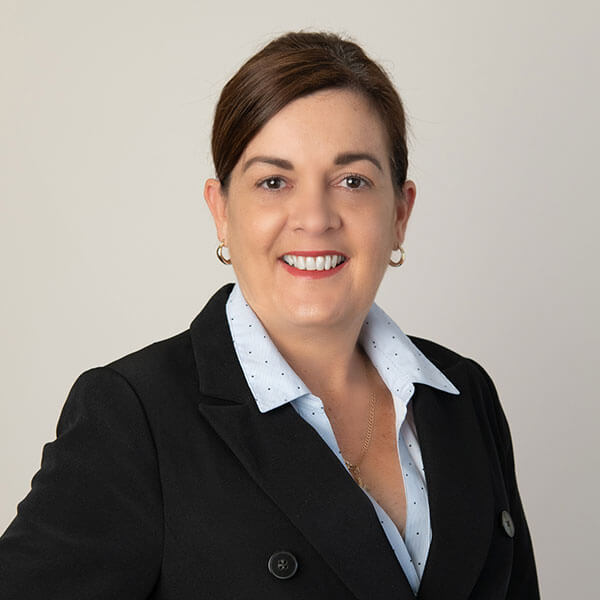 Natalie’s involvement in conservative politics started nearly 15 years ago when she joined Mayor Les Tyrell and Deputy Mayor David Crisafulli as a Councillor in Townsville. As Chair of Corporate Governance, Natalie led the task of merging the financial systems following the Townsville City Council and Thuringowa Council amalgamation.

Natalie is a graduate of the Australian Institute of Company Directors and served as Chair of Townsville Crime Stoppers Volunteer Committee for almost a decade.

As an LNP branch secretary, Natalie have been heartened by the push to return the party to the grassroots membership.

Following the last state election, she made it her focus to rebuild the party in North Queensland and has led campaigns gathering support for initiatives like reforming the Youth Justice Act.

Natalie has extensive experience in finance and sales positions working in roles servicing communities from Mackay to Cairns and out to Mount Isa whilst based in Townsville. She is passionate about regional Queensland and knows that a one size fits all approach to campaigns is a flawed strategy.

Natalie is determined to bring her skills in Corporate Governance and passion for regional Queensland to the State Executive.